There is nothing more frustrating than spending time preparing a meal that just sits on a melamine rocket shaped plate for three hours, changing colors until it’s indistinguishable, because someone is as stubborn as a mule when it comes to food.

Lucky for me, I have one little foodie in training who will open wide for pretty much anything I come up with.  And this Saturday morning experiment turned out to be one of Charley’s favorites so far. 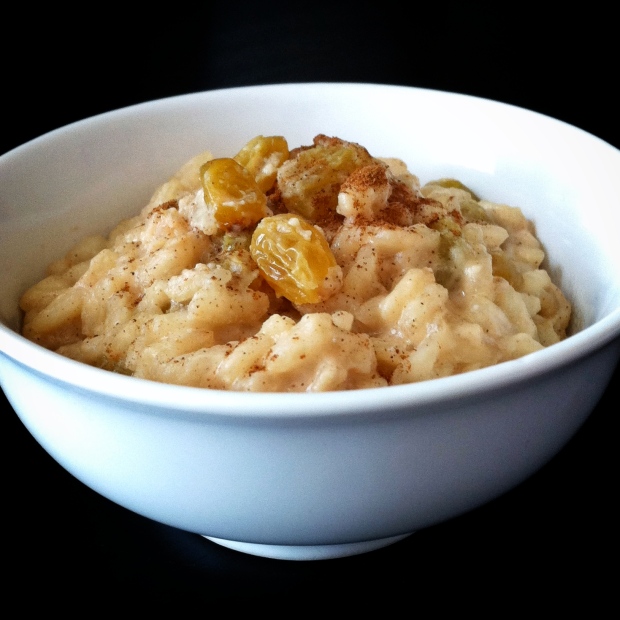 Not gonna lie, I may have eaten a bowl of it myself. Okay, maybe two. 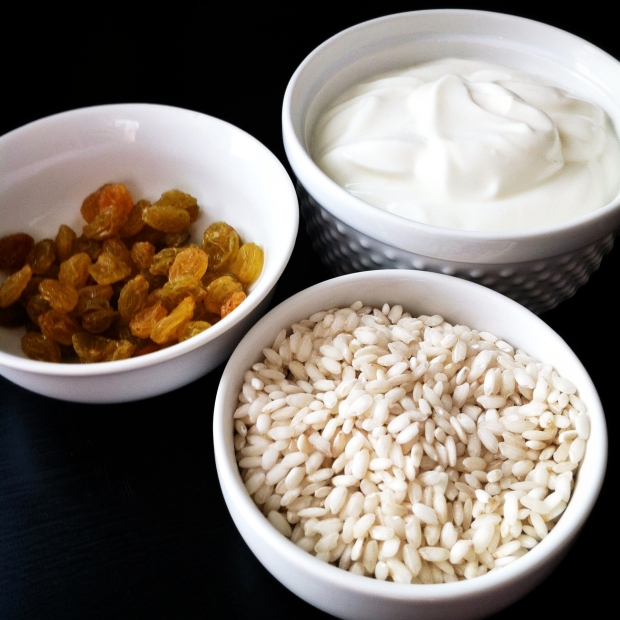 In a medium skillet over medium heat, melt butter and add rice. Stir until lightly toasted. Heat rice milk in a medium saucepan over medium heat just to boiling then turn heat to low. Ladle two scoops of the warmed milk into the skillet and allow the rice to absorb the liquid completely before adding more. Continue adding additional ladles of milk (two at a time) until all liquid is absorbed by the rice (should take around 18 minutes from the time you add the first ladle.) Add in the raisins, yogurt, vanilla and cinnamon and stir to combine. Remove from heat, cover and let sit for around 20 minutes or until the rice absorbs the yogurt and the texture is creamy.

Sprinkle with a little additional cinnamon or cinnamon sugar and serve warm or refrigerate until ready to serve.

This was perfect for breakfast. And lunch dessert. And midnight snack.

(Okay, maybe I had three bowls.)