So, this morning we had a little party in my kitchen.

It started out innocently enough. I just invited these guys over for a spot of tea (Okay, so maybe it was really coffee with a splash of Bailey’s)…

And they showed up with a few friends. Creamy Goat Cheese and Crusty French Bread.

Yup, it was off the hook. (Can I pull that phrase off?)

Anyhoo, these crostini are really good. You should probably make a batch of them for your friends and family this holiday season.

Then they’ll probably thank you by getting all cray-cray up in your hizzy. (Yeah, I know. I probably should have quit while I was ahead.)

Preheat the oven to 325 degrees and line a sheet pan with parchment paper. Slice the baguette into 24 slices, arrange them on the sheet pan and toast them in the preheated oven for 5 – 7 minutes.

Line another sheet pan with parchment paper and increase your oven temp to 400 degrees. Cut the stems from the figs, then cut them lengthwise into 48 individual slices (2 slices for each crostini.) Arrange the sliced figs in a single layer on the parchment covered sheet pan and set aside.

In a small dish, whisk together the melted butter, honey, cinnamon and salt. Drizzle this mixture evenly over the sliced figs…

Roast them in the preheated oven for 10 – 15 minutes, or until they’re soft and slightly caramelized.

While the figs are roasting, spread each toasted crostini with a schmear of creamy goat cheese. Top each with two warm fig slices… 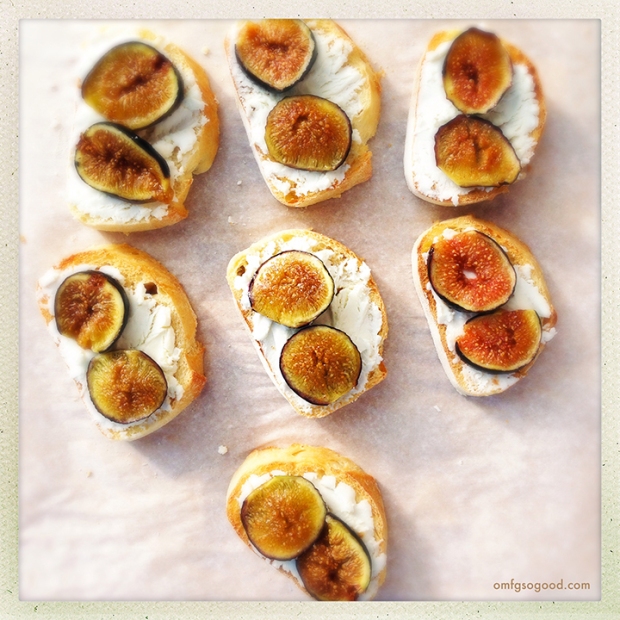 Pick the prettiest one… 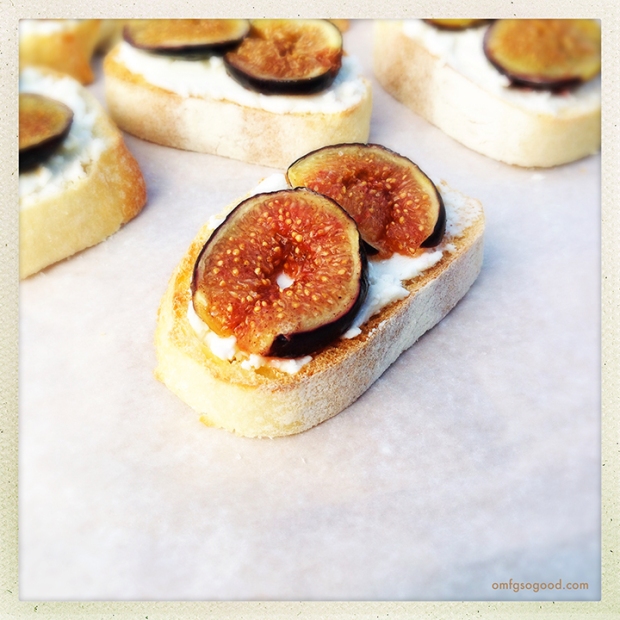 And get down with your bad self…